Despite the significant decrease in road traffic in 2020, there was a dramatic increase in bicyclist and pedestrian fatalities in Texas roadways. In fact, collisions that involve bicyclists were responsible for killing 82 people in 2020. Also, approximately 697 bicyclists died in traffic crashes in 2020, and the five most fatal states for bicyclists were New York, Louisiana, Texas, Florida, and California.

A bicyclist getting hit by any kind of motor vehicle or running into a road hazard could cause severe injuries, permanent disabilities, or death. If you or a loved one has sustained injuries in a bike accident due to someone else’s negligence, you deserve proper compensation for your injuries, pain, and suffering, and property damage.

Here at The Patel Firm PLLC, our competent Houston bicycle accident lawyer can review your case and help you recover maximum compensation for all your bicycle accident-related losses. 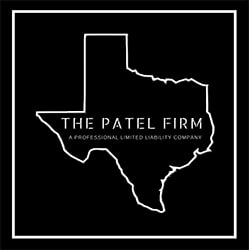 Drivers usually cite reckless or errant bicyclists as the cause of accidents or collisions. However, it is actually a driver’s inattentiveness or failure to yield the right-of-way to bicyclists that pave the way for bicycle accidents to occur. Other common causes of bicycle accidents include speeding, failing to obey traffic control devices, and inclement weather conditions.

Understanding the various kinds of bicycle accidents could help cyclists and drivers be more prepared when sharing the road to avoid devastating injuries to cyclists. Our skilled Houston bicycle accident lawyer handles the following bike accidents:

What Happens When a Bicyclist Is Hit by a Vehicle

When a bicyclist is hit by a motor vehicle, there are specific biological and physical forces at play that perfectly explain why such accidents usually end up in bicyclists getting severely injured. Likewise, the speed at which the biker is traveling, the biker’s weight, and how suddenly the biker stops will all play a role in the severity of the accident and the resulting injuries.

When you crash into a hard object, like the pavement or a car, your injuries will be more severe if you stop suddenly and fast. While the brain is surrounded by fluid that offers some protection, sudden and fast stops could still lead to the brain hitting the skull vigorously and causing traumatic brain injury. Fortunately, helmets offer extra protection for the head and absorb some of the powerful forces involved when your head hits a hard object during a bicycle accident.

Based on a report by the Consumer Product Safety Commission (CPSC), the average bicyclist will hit their head at a speed of 9.5 miles up to 13.4 miles per hour during an accident. Helmets, however, can help protect the head and dissipate the impact of the crash over a broader area to prevent skull fractures.

In addition, bike accidents likewise usually involve friction, which occurs when the rider experiences a sliding injury. Put simply, the faster you travel, the longer you will slide on the road, generating greater friction and causing more severe injuries. Also, even when your bike suddenly stops when a car hits you, you will continue moving, which could result in you being flung to the side of your bike or over the handlebars.

Also called TBIs, traumatic brain injuries are among the most common kinds of injuries in bicycle accidents, particularly when the bicyclist was not wearing a helmet during the accident. However, it’s important to note that the brain could still crash into the skull even if a bicyclist were wearing a helmet. Keep in mind that when your head comes to a fast and sudden stop, it will continue to move before staying still, which could cause it to be jostled back and forth and result in a TBI.

Considered a severe head injury, a skull fracture occurs when there’s a break in the skull. It might involve cracks or depressions, or pieces of the skull might shift inward or chip off. Although mild fractures could result in a few issues and heal fully over time, more severe fractures could cause various life-threatening complications, such as brain damage, bleeding, seizures, infections, and a cerebrospinal fluid leak.

Fractures all throughout the body are likewise common in bike accidents. In most cases, bicyclists sustain multiple fractures in crashes with motor vehicles. Most cyclists sustain fractures on their arms as they fall off their bikes because they use their arms to brace themselves or break their falls as they crash on the pavement. Depending on where the bicyclist was hit, fractures could also occur in the head, neck, back, lower extremities, and ribs. These could occur when a bicyclist is thrown off the bike and lands on their back or head at a strange angle. Depending on the impact and injury’s severity, these could cause paralysis or death.

Bicyclists may also suffer facial injuries, such as eye injuries, fractured cheekbones, and broken jaws, among others. Some of these facial injuries may cause permanent scarring, disfigurement, or disability, even after the injury has been treated.

If you have been hurt in a bicycle accident and have sustained any of these injuries, discuss your case with an experienced Houston bicycle accident lawyer to help you determine from whom you can hold liable for your injuries and recover compensation.

When a Negligent Driver Is Liable for Bicycle Accident Injuries

All road users are legally obligated to follow the road rules, which include essential traffic rules and the responsibility to exercise proper care to ensure everyone’s safety on the road, meaning that if a negligent driver or motorist was negligent or reckless and their actions caused the bicycle accident, the injured cyclist has all the right to seek compensation from the at-fault driver.

Negligence could take on different forms. Running a red light, speeding, and driving in a bicycle lane, among others, can all be considered reckless or negligent actions because they were conducted without regard for the safety of other road users.

When a Bike Manufacturer Is Liable for Bike Accident Injuries

Some bicycle accidents occur due to a defective bike part or bike design. The bicycle could malfunction, causing the rider to crash or not stop on time to avoid a crash. If this happens to you, you might have no clue what happened and who should be held liable for the accident. Fortunately, under Texas products liability laws, you can hold the company that manufactured, designed, or sold the defective bicycle liable for the accident and the resulting injuries.

Also, you do not have to prove the company’s negligence, unlike in other types of personal injury claims. In defective product cases, strict liability could be claimed for:

To recover damages for your injuries, you will only need to prove the following:

Also known as compensatory damages, these can include medical bills, including future and past medical expenses associated with emergency care, ambulance, surgery, hospitalization, medical treatments, medications, and physical therapy, etc.

These can likewise include lost wages for the wages you didn’t earn because you were unable to work due to your injuries. This could include lost earning capacity and future wages if you suffered very serious injuries that affected your ability to return to work. Property damage to compensate the injured victim for damage to their bicycle is also included.

If you lost a loved one due to a bike accident, we could also help you pursue compensation under the Texas wrongful death act to hold the negligent party responsible for their actions and recover compensation for your loved one’s death.

Find Out How Our Skilled Houston Bicycle Accident Lawyer Can Help

Being struck by another motorist while riding your bicycle could be traumatizing. After suffering injuries and other related losses, you will also have to deal with the liable party’s insurance provider to recover compensation for your damages. But keep in mind that insurance companies will always be looking out for their profit margin and not what’s best for you.